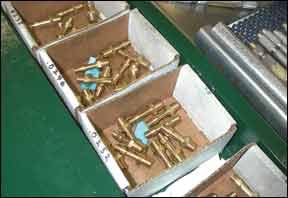 Back in 1996, when General Aviation Modifications, Inc., (GAMI) of Ada, Oklahoma, announced that it had developed tuned fuel injectors called GAMIjectors, we were skeptical of claims that these gadgets made the engine smoother and more economical through lean of peak EGT (LOP) operation. After all, we’d seen our share of bolt-on engine devices that promised to enhance engine performance, longevity and cut fuel use than we liked to recall. Few if them worked.

But GAMI was persistent and it published detailed engine operational data which helped sell the product to a pilot community accustomed to “trust-us, it-works” marketing. GAMIjectors developed a strong following, with more than 1000 selling in the first year. Loyal acolytes praised them to the skies, insisting that they were burning less fuel and their engines were running cooler.

A devoted core of skeptics took the opposite view, arguing that owners were going to burn up their engines, cylinder life would be measured in double digits and the engine manufacturers would deny warranty claims on modified engines.

But, 16 years later, none of that has happened and GAMI is still selling its tuned fuel injectors. To our knowledge, neither Continental nor Lycoming ever denied a warranty claim simply because GAMIjectors were installed.

According to Aviation Consumer’s research, owners are almost universally thrilled with the product and many have owned several engines equipped with GAMIjectors. In this article we’ll take a fresh look at GAMIjectors and highlight some of the product improvements.

Development
The idea of tuned fuel injectors came about when GAMI founder George Braly began doing research into why Continental engines tended to run rough, especially as he tried to lean to near peak EGT. What he found was that the fuel injection nozzles, straight from the factory, varied significantly in the amount of fuel each delivered.

Braly also observed that the pipe-and-riser induction system was effective at consistently distributing air to the cylinders, however, it was not so good at delivering the same amount of air to each cylinder. Further, the continuous flow nature of the fuel injection system meant that some of the fuel injected against the closed intake valve of the rear and middle cylinders got carried forward, to the middle and front cylinders, causing the rear cylinders to run leaner and the front richer.

The combination meant significant variations in power output among the cylinders, which meant a lack of smoothness in operation. Further, it meant that when the pilot leaned to find peak EGT, the first cylinder to reach peak usually did so at a much lower fuel flow than the last, sometime by as much as three GPH. (This difference became known as the GAMI spread.)

George Braly brought in engineer Tim Roehl and together, using some of the most sophisticated test equipment in general aviation, they explored fuel distribution in Continental engines. They found that by assuring there were no induction leaks—which negatively affect air distribution to cylinders—and using fuel injectors engineered to provide precise fuel flows and installing the correct injector in each cylinder, fuel and air flow imbalances among the cylinders could be corrected. This allows each cylinder to produce the same power at the same mixture setting.

Benefits
These tuned fuel injectors, GAMIjectors, each installed in its correct cylinder, yielded overall smoother engine operation, lower fuel burns when ROP (none of the cylinders are running over rich) and meant the engine could be run LOP, opening up the full spectrum of engine operation, not just the ROP side of the engine leaning curve.

For the owner interested in installing GAMIjectors, the Website provides guidance, initially directing the owner to run a GAMI lean test, recording the fuel flow at which each individual cylinder peaks. That information is provided to GAMI and which then selects fuel injectors that have been bored and flow tested to assure specific fuel flows and packages each injector with a small plaque to attach to each cylinder so that the numbered injector is always matched with its respective cylinder.

Installation, under an STC, is carried out by the owner’s mechanic and takes less than half an hour, with paperwork. The owner then flies the airplane and conducts another GAMI lean test looking for the fuel flow difference between where the first and last cylinders reach peak EGT. The actual temperature of peak EGT for each cylinder is absolutely irrelevant. The important bit of information is the fuel flow at which each cylinder peaks.

Acceptable GAMI Spread
The GAMI spread should be 0.5 GPH or less if the injectors were selected correctly and there are no induction system leaks.

Our experience with GAMIjectors in a number of airplanes is consistent with what readers report to us: the engine runs more smoothly from taxi through all flight phases.

Once installed with a satisfactory GAMI spread, the initial benefit for owners who run ROP is usually a slight fuel savings, as much as one GPH, because there are no cylinders running way too rich.

What has turned out to be the most valuable application of GAMIjectors is the ability to take advantage of the so-called right half of the engine power curve, and run LOP. Because each cylinder is putting out nearly the same amount of power, the engine will run smoothly and predictably lean of peak EGT, typically saving at least two GPH, according to GAMI customers.

Because of the nature of the power curve (discussed on page 10), the engine also runs significantly cooler LOP and for a given power setting, the internal cylinder pressure is lower because the power pulse is spread out over a longer period and peaks lower than it would ROP.

GAMI did its initial research on Continental engines, but as the success of GAMIjectors grew, owners asked about installing them on Lycoming engines. Because of the nature of the Lycoming induction system, the fuel/air mixture in each cylinder is more evenly distributed than in Continentals.

GAMI found that some Lycoming engines would run LOP straight out of the factory. Nevertheless, on many, the GAMI spread was significant enough that tuned injectors could bring it down to where the engines could be run LOP. Accordingly, in the last several years, GAMIjectors have become available for virtually all Lycoming injected engines.

Engine Power Curve
A brief digression into the engine power curve is appropriate here. Starting, for example, with the engine running at cruise power with the mixture full rich and then leaning progressively, power output increases to its maximum about 35 degrees rich of peak EGT. It then begins to drop off. Power output at 50 degrees LOP is about 10 percent less than at 35 degrees ROP.

EGT increases to peak and drops off at about the same rate as it increased. Internal cylinder pressures, a critical factor in detonation, increase slowly, reaching their highest point about 40 degrees rich of peak and then drop off rapidly. CHT increases and reaches a peak about the same time as internal cylinder pressures and power output are at their peak, about 40 degrees rich of peak.

The greatest risk of detonation and damage to the engine occurs in a range centered on about 35 to 40 degrees rich of peak EGT. However, that is also the area in which maximum power is generated. The fact that the very high internal cylinder pressures and head temperatures that accompany this mixture setting is of concern for engine longevity. During the last 16 years, owners who have installed GAMIjectors have consistently reported smoother operation and fuel savings generally in the range of two to three GPH when operating LOP, lower cylinder head temperatures, greatly reduced lead deposits, fewer fouled plugs and longer cylinder and engine life.  Naturally, GAMI has taken to calling this operating “green of peak.”

Lean Of Peak Success
We are aware of a number of engines that are running well beyond TBO with LOP operators. Cirrus and Beech call for LOP as standard operating procedures for their piston aircraft. Continental now offers position-tuned fuel injectors.

Reports we get from engine overhaulers tend to be consistent with what we heard from Powermaster Engines in Tulsa, Oklahoma. Owner Bill Cunningham advises that the engines he receives that have been run LOP display far fewer signs of heat distress and lead buildup. He noted that it is not unusual for him to get an engine that did not need to be overhauled.

Another benefit reported to us by users who run LOP with GAMIjectors is that saving some three GPH means that on a four-hour trip, they have 12 more gallons of fuel available as reserve or that they can safely avoid the hassle of a fuel stop. Based on our observations and the comments of readers, we  think that an all-cylinder engine monitor is essential for safe operation lean of peak.

Cost/Benefit
A set of GAMIjectors for a normally-aspirated Continental engine is $799; for a turbocharged engine it’s $949. For Lycomings the price varies between the four-, six- and eight-cylinder models. See GAMI’s Website at www.gami.com for pricing. GAMI holds an STC and PMA for some 300 types of engines.

We also note that using GAMIjectors and running LOP, an owner can safely operate the engine at some 85 percent power because of increased detonation margins thanks to lower temperatures and internal cylinder pressures. On a 300-HP engine, that works out to be a power output increase of 30 HP or 10 percent, according to GAMI claims.

It also means that GAMIjectors create an effective increase in engine power-to-weight ratio. From what we can tell, the last time general aviation had an increase in power to weight ratio was when Cessna developed the turbocharged Models 320 and T210 in the early 1960s. Getting a 10 percent power increase for the price of a set of installed GAMIjectors is not to be dismissed lightly.

GAMI offers a 30-day, no-questions-asked, full-price refund policy. Assuming that a user saves just two GPH and flies 100 hours a year, that means, at $6 a gallon fuel, the user has saved $1200, more than the price of purchase and installation of the GAMIjectors.

GAMI reports that it has sold some 22,000 sets of GAMIjectors. While there’s no way of knowing how many of those 22,000 sets have been installed and are still flying, if we round the number down to 17,000, use two GPH in savings and cut the flying time to 50 hours per year, at our six-buck-a-gallon fuel, that’s some $10.2 million in fuel savings in the last year. That seems pretty good to us.