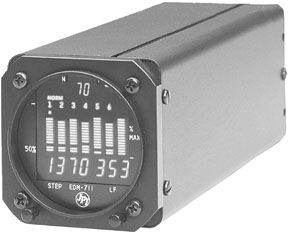 Who owns the data generated and recorded by an engine in flight? And does the owner of the airplane need permission to access that data? Thats an intriguing question at the heart of a dust-up between J.P. Instruments and some of its customers.

In what appears to be a significant customer service blunder, JPI has infuriated some customers by encoding the data output of its popular engine monitors so that only software sold by JPI can read it conveniently.

Moreover, the company has been quietly updating the firmware of units returned for repair such that an owner who could once read the data in a commercial spreadsheet program such as Excel will have nothing but gibberish when the repaired unit it shipped back.

Whats going on? JPI wont say clearly for the record-we asked-but apparently, its trying to squash competition from an upstart competitor called EGTrends which sells a utility called EGView. The program happily converts JPIs fomerly non-proprietary output into multi-color graphs for analysis. JPI has a similar program called EZPlot, but users complain that it lacks the flexibility and sophistication of EGView. JPI tells us its upgrading EZPlot to address customer concerns.

The Blogosphere
We first became aware of the JPI data imbroglio last March when Michael Mahoney, whose EGTrends makes an engine data analysis program called EGView, began fielding customer complaints about JPI monitors. Customers who used to plot their data in Excel or store it in a database, wrote Mahoney, had to jump through significant hoops to find the data…JPIs newer versions of EZPlot decompressed the data just long enough for customers to look at the data in EZPlot, but as soon as the customer closed EZPlot, JPIs tool deleted the decompressed data files.

Mahoney obviously has a vested interest but other readers were just as annoyed. I think the thing JPI misses about this is that the real issue is one of trust, wrote another customer. Customers bought products based on being able to do certain things with the product. Its called features. Now, when a customer sends a unit in for service, JPI removes one of those features. It does not ask permission. It does not offer the option of not removing the feature.

By late April, JPI was taking a beating in the technical forums of several Web sites, including its own technical forum. As the nastygrams rolled in, some were removed from JPIs board. At least a a dozen complaints come our way, however, from Aviation Consumer readers and forwarded from various technical forums.

Whats the big deal here? Unbeknownst to us, many users of engine monitors prefer a public domain format for their data because they use spreadsheets such as Excel or more sophisticated statistical software to analyze engine trends. We would have surmised that only a small fraction of engine monitor buyers delve into this depth of data massage but its evidently a large enough segment to stir up trouble for JPI.

JPI monitors are sold with data logging as a standard capability that stores between 25 and 1000 hours of engine parameters such as fuel flow, EGTs and CHTs. This data can best be thought of as a simple flight data recorder thats useful for diagnosing engine anomalies that arent necessarily evident to the pilot. The data can be downloaded to a laptop via a cable. Before it made the switch to a proprietary format, JPI monitors output a comma separated value or CSV file that could be easily imported into a range of applications.

Now that JPI monitors output a proprietary format, monitor users are forced to use JPIs analysis program-EZPlot, at $99-or send the monitor output to JPI, who will convert it to a public domain format for $5. If that sounds like a fair compromise, customers who contacted us dont see it that way. This is bad for the consumer, wrote reader Dave Landset, and in my opinion, significantly devalues a product Aviation Consumer has favorably reviewed in the past.

JPIs View
We contacted the company owner, Joe Polizzotto, for his side of the story. Pollizotto returned our e-mail with a detailed explanation of how the new data policy evolved but, in a bizarre twist, forbade us to print any of it.When we asked for an official JPI response, this is what we got: JPI cannot be restricted to a specific download format. JPI is developing instruments for Vision Microsystems, JPIs new EDM-900, EDM-930 and EDM-950 systems. If a CSV file is needed to do something that is not handled by EZPlot II, JPI will convert any DAT. file to CSV for $5. JPI hopes to have this up and running on our Web page JPITECH.com soon. As we understand it, the Web site will contain a utility for converting the files and the user would presumably pay for this service via credit card.

Although Polizzotto wouldnt confirm the intent, JPIs policy will clearly shut out EGTrends, which JPI evidently sees as competition, although its sales volume is low and it doesnt build or sell monitors. Were sure some users will be miffed at having to pay JPI $5 to convert data and will thus be forced to use JPIs EZPlot utility.

Other Options
In our last review of engine monitors in the September 2004 issue of Aviation Consumer, JPI products in general rated our top pick status precisely because of the product lines powerful data logging capability.

JPI has engaged in a spirited ad campaign with its chief rival, Electronics International, which makes its own line of monitors. While JPIs products include an integral data logging module as standard equipment, EIs monitors require a separate data logging module ($75 when bought with the monitor) that can also store data from other EI engine instruments.

When we recently asked if EI planned to integrate the module into the monitor, as JPI does, it said it had no plans to do so because many customers dont want data logging and dont want to pay for it. (JPI integrated the data module as standard equipment in 1998.)

Significantly, EI products output data in a CSV format that EGView or any software that can massage such files can import, thus customers can manipulate their data any way they please. File transfer is done via an RS-232 port into a laptop. EI is preparing to introduce a new generation of monitors that will transfer engine data to a USB memory stick.

And what about Insight Instruments, whose well-regarded Graphic Engine Monitor launched the engine monitoring revolution? Unfortunately, the GEM isnt much of a player in this game. As we noted in our September 2004 report, Insight hasnt upgraded its data logging technology in quite some time and it still relies on data transfer through a wireless infrared port to HP palmtop devices that have been out of production for years.

Although the GEMs are solid basic monitors, we dont think theyre an option for owners who are serious about logging and analyzing data.Nonetheless, GEM monitors do output public domain data formats readable by a range of programs.

Recommendation
As we reported in the September 2004 issue, JPI leads the engine monitor pack if data logging is a top priority. We think data logging is a powerful analytical and safety tool that costs little to implement. In our view, JPI makes a first-rate product that has, in the past, drawn positive comments from buyers. The companys decision to encode its data output doesnt change that finding.

However, in our estimation, JPI has shot itself in the foot with regard to customer service and responsiveness for reasons that arent convincing to the customers who contacted us. Although JPIs decision may seem like a tempest in a teapot, customers clearly dont like having their options limited after the fact of purchase.

Were not withdrawing our endorsement of JPI products but based on this episode, we think EI is likely to provide more cooperative, technically oriented customer service. And if non-coded data output that can be analyzed quickly is a must, EI monitors are a better choice, in our view.