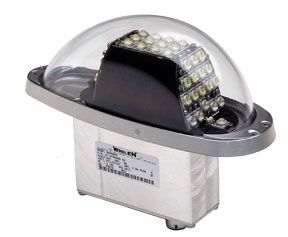 Heres a deal for you. Replace your beacon, strobe, navigation and landing lights with new LED lights. Theyll look sharp, chew far less power and, best of all by far, youll never have to replace them again.

And itll only cost you about two grand.

on a whim, simply because of the expense. If it is just a bulb, bulbs are cheap; hardly ever over $20, or even $100 for a strobe bulb. Its when other components start to fail that changing to LEDs becomes an option. Corrosion and simple age ruin bulb fixtures, sockets, connections and power packs on strobes. The flashers on Cessnas are a particular bugaboo. Even then, do you replace just the bad light with an LED unit or do you replace all of them at the same time?

Know that with LEDs you cant just change a bulb. LEDs arent bulbs as we know them. Switching to LEDs for an existing light means replacing the entire lighting fixture, hopefully matching what you already have. If thats Whelen, then your chances are pretty good. If not, there may be some jury rigging or paint touch up.

Almost all existing wiring is compatible with LEDs because the little gizmos require so much less electricity to operate. Using your current switches and breakers should also pose no problem. Occasionally, a manufacturer may require an inline fuse somewhere, but thats a simple fix. Theres also no RFI/EMI to worry about. In most cases, the replacements take up less space than the original, particularly with

a light/strobe combo because there are no flasher packs needed.

High-power LEDs are perfect for aircraft application, and have a life cycle of well over 20,000 hours. This life cycle is becoming more important as we tend to leave our lights on all the time now for collision avoidance. You pay for this longevity through the nose. Online shopping found a number of bright white LED lights used for truck headlights and spotlights that match aviation requirements of sealed beam, brightness, dispersion and cooling capacity, for around $125. A similar aviation LED light is nearly $600, but this includes paperwork.

Brightness may seem to be important, but it may not be so much as you think. FAA requirements arent particularly steep. The light must be at least 40 candlepower straight ahead, tapering to just five candlepower off to the side.

Different companies take different routes to reach the same spot, this spot being approved FAA lighting criteria. Whelens version are a group of LEDs that are located within a glass lens of the approved color, similar to the traditional light. Theisen Electronics of Germany has developed a product where the LEDs are

molded into an epoxy resin (making them impervious to water) of the necessary color. Its a one-piece, vibration-proof assembly. Because of certification expenses, they are only offering them for experimentals and LSAs, but they are remarkable lights. A number of the non-certified products look to be approved on some of the new LSAs and, as such, may be easier to install via a 337.

Other traditional companies, like Grimes and Aeroflash, have been slower to get on the LED bandwagon. Chief Aircraft told us that they get some calls for LEDs, but are waiting to see what the market does. We expect this will change as more OEMs start using LEDs. Cessna is using the Whelen Nav Lights on their Skycatcher, and Cirrus has an LED exterior lighting package standard on the SR-22 G-3, and as an option for their other aircraft. (Interestingly, Cirrus uses fiberoptics for all of their interior lighting. The bulbs are actually located in the tailcone.)

Besides the brighter, more powerful exterior lights, LEDs of lower intensity are being introduced as map lights, cockpit lighting, and reading lights, as well as annunciators in a number of planes and as retrofits. The mail order houses are full of them. Homebuilders are going crazy integrating them into their airplanes.

One of these guys is Bill Dub an RV builder in Denver, Colo., who has developed nav lights for his own plane that achieve and surpass FAA criteria by 10 percent. He sells kits for $125, or will assemble them for another $75. Kuntzleman Electronics has red flashing beacons for $234, that meets all FAA specs but isnt certified, and CreativeAir is another outlet for lighting products for high-performance homebuilts.

While nav lights and pulsing beacons that meet FAA requirements are relatively easy to build, the landing light is a different critter. To throw a beam a half a mile requires a lot of focus and brightness within a prescribed beam angle.

Our traditional GE 4509 is a sealed beam with a reflector designed to create a long beam with little dispersion. Straight ahead, this is a very bright light. LEDs, on the other hand, and depending upon any optics used (no reflectors, rather lenses) throw a wider beam that creates a much larger field of bright light. Tests have shown that this creates a larger “world” through which pilots are flying, bringing into view obstacles not illuminated by conventional sealed beam bulbs.

Bill VonDane, of CreativeAir, told us that there are no LEDs currently capable of providing the super-bright beam needed for landing lights, and that High Intensity Discharge (HID) is still the way to go. These are the bright, bluish headlights seen on luxury cars. A couple of mail order houses sell LED landing lights, but VonDane holds that while these lights are legal by FAA standards, they are anemic compared to a HID systems.

Josh Melville, of Lunar Accent Designs, disagrees. Lunar Accents has been working with LEDs for ten years and is an industry leader in LED applications. They are developing their own landing light that they claim will be quite bright, and be available in narrow- or wide-beam. They even plan a narrow/wide combo for landing and taxi applications. Their product should be introduced around Oshkosh-time.

To LED or Not

de rigueur on new aircraft. A $500 landing light that never burns out will be worth it to some, but we expect most pilots will fork over $10 and pull out a screwdriver every couple of years instead.

Factoring in the dependability, longevity, and the miserly power consumption of LEDs, they dont come out too badly. We wouldnt upgrade preemptively just to stop buying new bulbs. But as entire assemblies fell victim to the years, wed consider making the jump to 21st-century lighting.

Jim Cavanagh lives near Kansas City, Missouri and is a regular contributor.