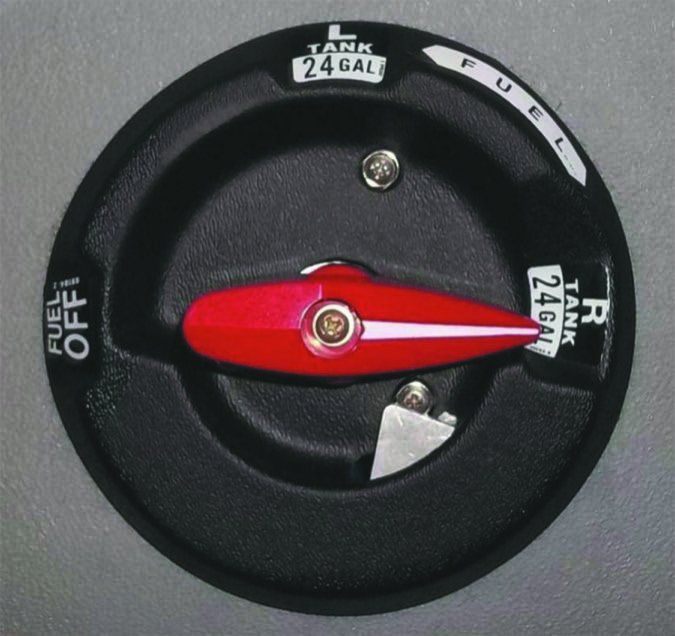 I find your monthly Used Aircraft Guide section to be the most valuable content among all other aviation publications. Since I’m in the market for a Piper Cherokee, I hit your archives but the last report is before the recent concern of the fuel selectors in these aircraft.

Simple question, which may not have a simple answer: Which is the preferred fuel selector for the PA-28 and should I be concerned about getting stuck with an airplane that will be hit with an eventual AD?

It’s the airplanes with the first-generation fuel selectors you want to be cautious of. In August 2019 the FAA issued an airworthiness concern sheet (ACS) that requests PA-28 owners and operators of first-gen fuel selectors (these are the round, flat-plate selector assemblies installed in the lower sidewall) to provide operational input. It wants to know if operators have mistakenly selected the Off position instead of the intended Left or Right Tank position. It could turn into an AD.

Worth mentioning is that there was AD 71-21-08 way back in 1971, which mandated changing the selector, but in 1972 Piper issued a service letter (SL590) and in 2014 the FAA issued Special Airworthiness Information Bulletin SAIB CE-14-22 advising-but not mandating-that second-gen selectors be replaced with third-gen selectors. Those are the ones pictured above. It’s clearly the best of them all because it has a mechanical detent that prevents the selector from rotating past the Right Tank position to the Off position. The plastic housing also has more defined positions so you can feel when the selector is in the detents. Got a problem with an early selector design? Email Boyce Jones at Boyce.Jones@faa.gov.

Be Your Own Crew Chief

I read Larry Anglisano’s First Word commentary in the October 2019 issue about not ignoring service bulletins and have to disagree with the statement that “your biggest resource for this ownership responsibility is your shop.”

The best and most interested source is you-the owner. If you’re involved enough in aircraft ownership to be an owner/pilot and read Aviation Consumer, you’re involved enough to keep up with the myriad of SBs, SLs and ADs that come out on your own particular aircraft and its equipment. Many larger shops service 100 or more aircraft every year and in some cases only see them at annual. They probably don’t run full databases on what particular mods or STCs your particular airplane has. Many smaller shops are generalists, but you are a specialist on your own airplane, your equipment and your STCs. For most, the aircraft is one of their most expensive assets so it’s worthwhile to pay attention.

In 30 years of selling hundreds of aircraft, I’ve found most owners treat Part 91 “on condition” maintenance on Part 23/CAR 3 aircraft like SBs or recommended TBOs with an attitude of “not needed until it comes apart because it’s just the manufacturer trying to screw me.” A shop that went to the trouble to send out notes that this or that SB recently came out on their aircraft would be looked upon as a money-grubbing operation looking to stick it to the owners and just be ignored. Almost every aircraft has an online owner’s group. Lots of great knowledge to be learned, along with a fair amount of BS. Sort through it and learn. It’s a great resource.

Nicely field report (and video) on the new David Clark Pro-X2 headset for the October 2019 Aviation Consumer. It made me pull the trigger and buy another set to complement the first-gen Pro-X that I’ve been using for passengers in the cabin of my Baron.

The first set has served me well. It has taken a beating (passengers are not gentle), has good audio quality and passengers really like the comfort of the on-ear design. What prompted me to spend the dough on this set rather than doubling the investment for a Bose A20 (I own two of them also and love them, by the way) is David Clark’s proven customer service. I’ve been flying for 40-plus years and David Clark has always stood behind earlier models I bought. That’s rare these days.