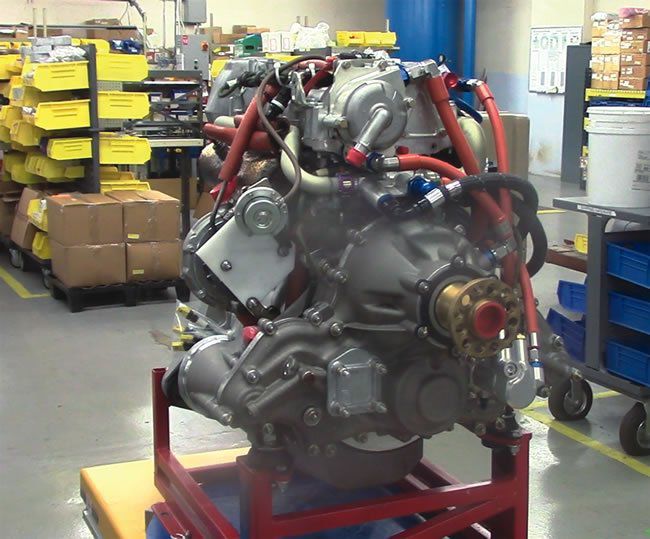 Although Continental gets most of the ink in coverage of aerodiesels, Lycoming has a thumb in the market, too, with the DEL 120. This project seemed to come out of the shadows reluctantly because its emergence is associated with the General Atomics Predator, the most widely used reconnaissance and weaponized drone. The Predator originally had the then-Thielert Centurion diesel, but when Thielert got into financial trouble, General Atomics sought other options.

One was an Italian company, DieselJet, that had converted a four-cylinder Fiat diesel for aircraft use, much as Thielert did with the Mercedes OM668. DieselJet found a market among foreign drone manufacturers but General Atomics wanted a U.S. engine maker involved. Enter Lycoming, which has invested in the engine and made substantial changes to it.

But Lycoming was involved both in diesel and what became the DEL 120 even before the Thielert bankruptcy, according to Michael Kraft, Lycomings general manager. The DEL 120 is Lycomings fifth diesel initiative. The drone market provided an on-ramp for industrialization of the engine, Kraft says.

When I visited Williamsport, the DEL 120 was being built up one at a time in a small work area off the main assembly line. Lycoming was in the process of proving final production techniques and methods, which have been under the scrutiny of Department of Defense, since the Grey Eagle-the Predators follow-on drone-is a U.S. Army program. In Europe, a version of the engine is EASA-certified, but if thats in the future for Lycoming, its some distance away. At 200 HP, the DEL 120 bests Continentals 155-HP CD-155 by 45 HP at a claimed weight of 360 pounds dry, compared to 295 pounds for the Continental.

What about civil certification? No announceable engine yet, but Kraft says Lycoming has it on the to-do list. There are areas of the world where diesel makes sense. Unfortunately, where the fuel makes sense are not areas where you have a high volume of aircraft. The economics are tough. But the product has its place, Kraft says. He believes the diesel market will always exist, but for Lycoming, the business case has a 10- to 30-year payback. So if youre guessing on future markets, youd better guess right.