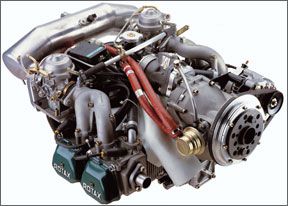 Despite the company having been around for some 90 years, powering an aircraft with a Rotax engine is something relatively new to most general aviation pilots in North America. Until the onslaught of light sport aircraft began five years ago, many had never even heard of a Rotax engine, despite their popularity and penetration in the power sport markets (motorcycles, snowmobiles, ATVs, personal watercraft and so on). As a result, these days its likely an ultralight, experimental or LSA you own or plan to fly is powered by a Rotax engine, part of Canada-based

That high level of market penetration means more and more Rotax engines are in service. Because of their increasing popularity, we wanted to find out about owners experiences with them, including maintenance frequency, factory support and overall costs of ownership. To find those answers, we crafted a 13-question ownership survey and made it available through our online sister publication, www.avweb.com, in early September.

The results show owners are generally happy with their engines, and most maintenance issues are easily handled. But finding someone to work on them at an out-of-the-way location might be a challenge. Thankfully, the Rotax dealer network appears to be meeting owners needs, and those flying in the experimental category generally find the engines to be easy enough to work on themselves.

Of course, the basic Rotax aircraft engine is rather different from the air-cooled, direct-drive powerplants from Continental and Lycoming with which most of us are familiar. For one thing, all but the small-displacement, two-cylinder, two-stroke 503/447 series engines are liquid-cooled. For another, they all drive propellers through a gearbox, which steps down a Rotax engines higher revs to something more manageable. Electronic ignitions are standard equipment, as are dual carburetors for most models.

Consumables-items like spark plugs and filters-are not aviation-specific items, so theyre generally much less expensive than similar parts for, say, a large-displacement Continental. Also, Rotax recommends readily available automotive lubricants and coolants, which helps keep operating costs low, but can be difficult to find at the typical FBOs line shack. This is a manageable concern, but one highlighted by more than a few respondents.

And Rotax engines can run on either 100LL or premium-grade automotive gasoline, leaded (if you can find it) or unleaded, but it must contain no more than five percent ethanol. If 100LL avgas is used primarily, a Rotax service instruction covering all versions of the 912 and 914 series recommends shortened maintenance intervals for things like oil changes.

Our survey reveals most Rotax aircraft engine owners are operating a light sport aircraft for an average of 75 to 100 hours annually and have owned the powerplant between three and five years. By far, the most popular engine model represented in our data is the 100-HP 912 series, with the 80-HP 912 version coming in a distant second. Both are available in FAA-certified and non-certified versions.

Despite popularity of the four-stroke 912 series, two-stroke Rotaxes also were well-represented, with the two current versions-the 503/447 and 582 series-comprising more than 20 percent of respondents engines. These powerplants typically are used in powered parachutes or fixed-wing ultralights. We were surprised the 115-HP, turbocharged four-stroke 914 series engine turned out to be the least well-represented among our results.

One area we wanted to explore with Rotax owners was the frequency and nature of major or unexpected engine maintenance. A whopping 81 percent of respondents told us their engine had never been off the aircraft for reasons not involving an accident or incident, or airframe maintenance. At first blush, that would seem to bode well for Rotax generally. And, while thats all well and good, the numbers actually mean some 19 percent of these engines have been off the airframe since new or overhaul for one reason or another. We dont have similar numbers for Lycoming or Continental products, but rather suspect the percentage of engines removed from an airframe before overhaul is less than 19 percent.

“When we purchased the Tecnam P2004 Bravo here in New Zealand, we were told it would be okay to run it on 100LL avgas,” one respondent told us. “However, at about 300 hours, we discovered an oil build-up problem with the Sprag clutch. This resulted in a major (U.S. $1200) expense; the engine had to come out, new parts fitted, lots of labour.” This tale reinforces something we mentioned earlier: that Rotax recommends shortened maintenance intervals when burning 100LL. The flip side? Try pulling a Continental and Lycoming from an airframe, performing major maintenance and paying only $1200 for the privilege.

Another respondent encountered internal lubrication issues: “With 1016 hours on the engine, a loose [oil tank] fitting…caused at least one lifter to work improperly and the front left exhaust valve broke. Oil pressure was at the minimum allowed before the failure, oil temp dropped ~20 degrees C, coolant temps remained normal.” Clearly this engine was in distress.

What did the owner do? “This was near Madison, Minnesota, en route to EAA AirVenture Oshkosh 2008 from the Portland, Oregon, area. I bought a new 912ULS at OSH, replaced the failed engine and flew home. (Try buying another airplane engine, off the shelf at OSH. There were three to choose from!) The replacement has about 250 hours.”

A third respondent adds, “Rotax had a small run of gearboxes that had bad metal and they put out a service bulletin and my engine was one of the bad ones, with some of the gear teeth chipped. Engine had 248 hours since new. I had taken the plane to Lockwood Aviation for the check and Rotax told them to tear the engine down and inspect for metal and to replace the gearbox. My only cost was for oil change and filter.”

This latter tale reflects three themes recurring in our survey data. One, Rotax is usually pretty good about warranty claims, especially those resulting from known issues. There are exceptions, of course. Two, being near and using a Rotax service center can reduce downtime and eliminate costs involved in paying for on-the-job training of technicians unfamiliar with the engine. Finally, Sebring, Florida-based Lockwood Aviation comes highly recommended by Rotax owners who have used them, either for maintenance work or to simply order parts for field installation.

Another question we asked involved whether any non-scheduled maintenance had been performed on the engine for reasons not involving an accident/incident. We were looking for information on issues beyond, say, oil changes and/or spark plug cleaning, but which dont require removing the engine, as addressed earlier. Slightly more than 28 percent of respondents told us theyve never had to perform unscheduled maintenance on their Rotax, a reasonable number in our view and in keeping with unscheduled maintenance requirements of the average Continental or Lycoming.

Of those who have had to roll up their sleeves to repair their Rotax, the reasons involve a variety of mechanical maladies. While developing the survey, we attempted to identify major engine subsystems present on Rotax engines, thinking most maintenance issues would fit these categories. We were wrong; the catch-all “Other” category scored highest among respondents whose engines came down with an illness.

If that representative list of problems seems manageable, so should the costs owners incurred in making those repairs. In our survey, a huge majority of respondents-almost 75 percent, to be exact-told us their unscheduled maintenance costs were less than $1000. The next highest response was zero: Re pairs were covered under warranty. One respondent comments, “I have had three aircraft with Rotax 900-series engines during the last 10 years (one certificated, one experimental and one LSA). I have operated these engines for a total of more than 1200 hours. The only problem Ive had was the above-mentioned voltage regulator.”

Many respondents report dealing only with Rotax service centers, like Lockwood Aviation, for their parts and labor. One result is the factory support network gets high marks in our survey. Satisfaction with in-field parts availability and pricing is high, with overwhelming majorities telling us they were “very satisfied” or “satisfied” with factory support. And thats a good thing, since few respondents had anything good to say about service from other than Rotax or a factory service center.

One respondent summed it up quite nicely: “I see very limited expertise in the field on this engine. Personally I have attended several Rotax courses and am currently rated a LSRM-AP. Yet, until there are sufficient numbers of these engines in use, I believe the true expertise of the non-dealer/factory techs will take some time to develop. The engines are simple enough that through the current dealer/factory rep tech help they can be maintained, though.”

Thats the bad news. Another respondent had the good news: “The availability of mechanics familiar with the 91x series has increased significantly in the six-plus years Ive flown with my 912ULS. There is not a lot of knowledge at most GA airports. Lockwood and a few other shops have tremendous knowledge.” The same respondent provided a good reason theres so little familiarity with Rotax engines outside of the factory support network: “It would be nice if every GA mechanic had 91x experience, but they tend to need very little maintenance, so there is not as much need for GA mechanics to know about them.”

The highlights from our survey are summarized in the graphs on these two pages. A few basic things jump out at us: For one, operating costs appear to be quite reasonable for this class of engine-remember, a majority reports flying a 100-HP 912 model. Thats directly comparable to, say, a Continental O-200, but the Rotax engines cost of operation seems less expensive. Which is as it should be considering its mogas approval and the relatively lower cost for consumables like spark plugs and oil filters.

Based on these results and the underlying numbers regarding cost of operation, parts/service availability and pricing, wed be comfortable taking on responsibility for a Rotax engines care and feeding. The only caveat? Wed want to be close to a factory service center.