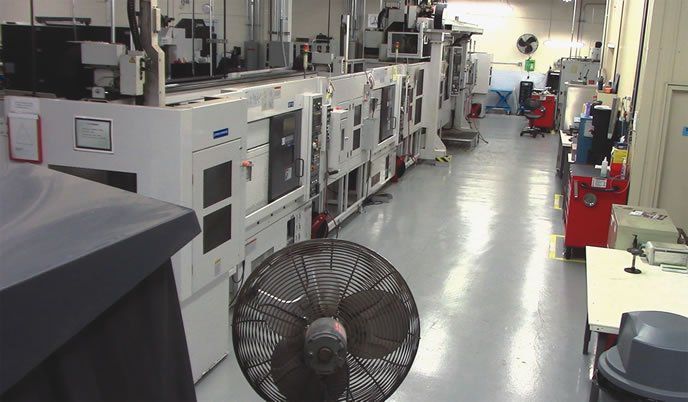 For engine builders, pistons require numerous specialized machine operations and inspections, so theyve generally come into the plant through the shipping dock. So it was surprising when Lycoming announced in 2010 that it was installing its own piston line.

The machine-actually a series of machines strung together-is an eye catcher, occupying a bay in the plant that looks a block long but is probably about 50 feet (1). It was engineered by the UK automotive and tool giant Cosworth, using mostly Takisawa machine tools as a basis.

Its entirely automated, albeit carefully monitored as it takes raw, near-net aluminum forgings (2) through more than a dozen processes, spitting out gleaming, complete pistons at the end of the line. Few hand processes are required. When the pistons come out of the machine, theyre deburred by hand and passed into another cell where they get an automatic wash, a dye bath and a careful inspection for faults under a Zyglo lamp. Minor imperfections get another trip through the machine; major flaws are rare. The pistons also get CMM checking before shipment.

The pistons also have something they didnt have before: Laser-etched bar codes and serial numbers that allow Lycoming to track them in the companys expanding process control architecture (3). GM Michael Kraft said this capability was a gimme that came with the technology at no additional cost, but one that adds incremental quality through additional statistical monitoring.