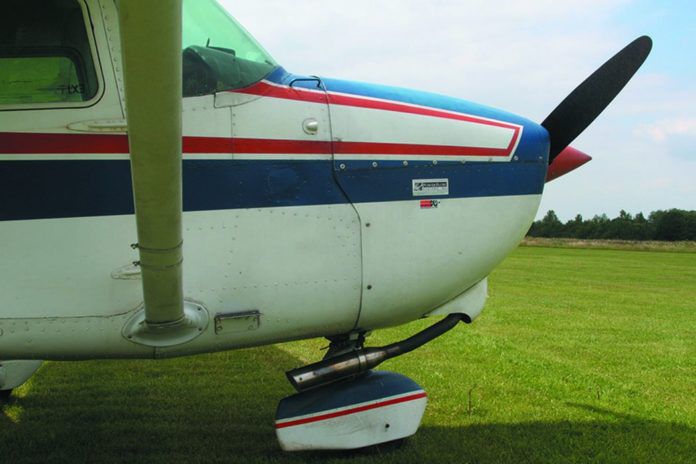 After years of developing and manufacturing speed mods for Piper aircraft, Robin Thomas started Power Flow Systems (www.powerflowsystems.com) with the intent of using automotive technology to design “tuned” exhaust systems for aircraft. To accomplish this, Power Flow says it customizes the exhaust tube for each cylinder so its length—from cylinder to the collector where the tubes join—causes the low pressure traveling down the tube behind an “exhaust puff” to reach the collector in time to suck out the exhaust from the next cylinder.

In 1999, Power Flow received its first STC for an exhaust system for Cessna 172s using the four-cylinder Lycoming O-320 engine. The system involved a goofy-looking pipe assembly that extended below the fuselage and was supported by a rod. Eventually, Power Flow developed systems that didn’t have so much hanging outside of the airplane. The early system for a 172 is shown above left, the current system is above, right.

Depending on the type of airplane, Power Flow claims measurable power increases with its exhaust system—23.8 HP on a 160-HP Lycoming O-320-A1A engine in a Cessna 172. The power increase translates into an increased rate of climb and cruise speed. It also means greater fuel consumption—as is expected with more power. However, as Power Flow points out, if the pilot reduces power to cruise at the same speed as before the mod, fuel consumption decreases. Depending on the installation, the fuel saving is from one to three GPH.

In late 2008, Aviation Consumer surveyed Power Flow customers and found that the majority were satisfied with the system and reported performance gains consistent with Power Flow’s claims.

Power Flow offers a 60-day trial period for its system—if you don’t like it in that time, you can return it for a full refund. You’re only out postage and the cost of install and removal. We think that’s a good deal. Beyond 60 days, the warranty is one year or 500 hours of operation.

Until recently, a Power Flow exhaust was only available for four-cylinder Lycoming-powered airplanes; however, the company is in the process of developing a system for six-cylinder, IO-520-equipped Bonanzas.

Prices for the systems vary by airplane and options—and there are discounts if you are willing to wait a few weeks or months for your system—but figure on $4000 to $5500 and five to 10 hours for the installation.

If it’s time to replace the exhaust system on your airplane, and there’s a Power Flow system available, we think it’s worth serious consideration.