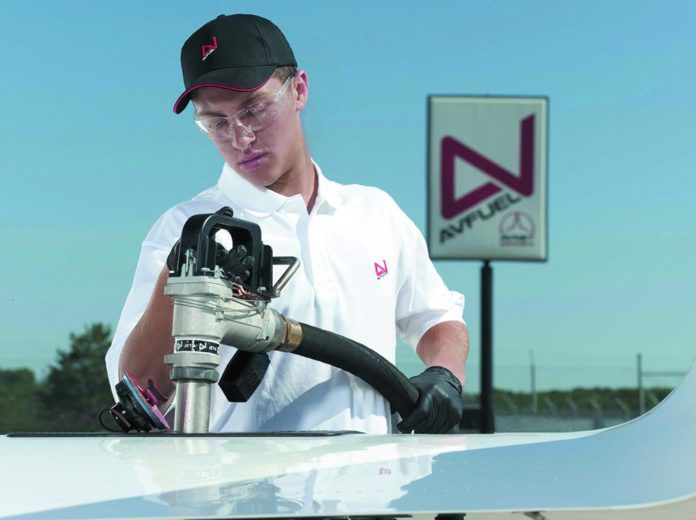 Even with fuel prices at historic lows in the aviation world, pilots are constantly looking to save when they top off. Various apps keep us apprised of current pump prices, so we can plan our stops. But, what if there were a way to get a discount from the retail price when we taxi up to an FBO?

We’re only aware of one discount program for avgas—which may be a good thing, because it means retail prices aren’t bumped up to accommodate discounting—but many are available for those who burn jet fuel. The programs are generically referred to as fuel cards, and are so ingrained that in the turbine world you’re costing yourself at least a dollar a gallon if you’re not using a fuel card each time you buy jet fuel.

Associated with the website, Airnav.com, the AirBoss fuel card program offers discounts on avgas for a membership price of $39 per year—for an extra $40, it includes jet fuel. To join, you must first be a registered user of Airnav (free) and then spend about a minute entering the data and credit card information requested by AirBoss.

To find out whether an FBO is participating in the AirBoss program and the fuel discount, simply do a search for fuel prices on AirNav. In addition to the retail fuel prices that pop up, you’ll see any AirBoss discount that exists. To take advantage of the discount, you must present your AirBoss card when paying for your fuel. The AirBoss card is not a credit card, although AirBoss does offer an AirBoss-branded Visa card.

The AirBoss card is not valid at your home airport.

AirBoss advertises discounts of from five cents to $1.50 per gallon with an average of 19 cents. We spent some time doing fuel price searches for various locations across the country and observed that for every 10 FBOs listed, one or two would show as participating in the AirBoss program. In our search, the discounts were on the order of 25 cents per gallon.

AirBoss suggests that if you burn 1000 gallons of fuel per year, the program pays for itself—if those 1000 gallons are bought away from home.

Due to the voracious feeding habits of turbine engines, the retail jet fuel market is a story of countervailing powers—FBOs who may have a monopoly on various airports versus entities that buy fuel in vast quantities and have the clout to negotiate contracts for reduced prices. What started with airlines setting up contract pricing evolved into companies that issued what are effectively credit cards to turbine aircraft owners. The card companies offered discounts of as much as 25 percent on jet fuel to card holders and then went out to FBOs to negotiate discounts in excess of that amount so that the card company could make a profit on each fuel sale.

That evolved to the current situation where each card company has a proprietary list of FBOs that give a discount to it, and it shares the list, and discount rate, with its card holders. In turn, the cardholders go to those FBOs and buy fuel in return for the discount—which is usually run automatically when the card is used on the purchase. The card-holding owners get a discount they could not otherwise have negotiated.

FBOs are not run by half-wits—they know they have to jump on the discounting/contract fuel bandwagon or lose customers in droves. They jumped on the bandwagon, but also raised their retail prices on jet fuel. That way they don’t get taken to the cleaners by putting fuel into the wing at a price below break-even. Nevertheless, owners are happy because they are getting a nice discount over the posted retail price and the card companies are making money.

The problem is obvious—as a turbine owner, if you aren’t using a fuel card to buy jet fuel, you’re paying the inflated price the FBO created to protect itself from the discounters. In our survey of fuel cards and pilots who use them, paying retail versus using a card accepted by that FBO can mean a price differential of as much as three dollars a gallon.

We were told that in some cases an FBO will pass on its discounted jet fuel rates to a customer who does not have the appropriate fuel card if the customer asks—don’t count on it. We were also told that you are more likely to be able to negotiate a jet fuel price discount with your home FBO, although it may not be greater than the FBO offers to the fuel card it accepts.

That means that if you are buying jet fuel on a regular basis, don’t plan on paying cash or using a bank-issued credit card.

All of the fuel cards we surveyed bill you directly, so the purchase is just a matter of presenting your card. Some of the card companies advertise services that allow you to track fuel use by airplane, which is of value if you own more than one.

For international operations, we definitely recommend using fuel cards, not only for lower prices, but for support should there be a dispute with the FBO after the fact. The fuel card company should act on your behalf and have enough leverage to be effective with the FBO. We were told that bank card and oil company credit card providers were not as effective in negotiating with an FBO on issues that arose after the sale.

In our survey, we looked at the following—in no particular order—jet fuel cards:

U.S. Bank Multi Service Aviation Card (www.usbank.com) is a bank card that offers to “leverage discount fuel contracts” and is “accepted at locations around the world.”

The Corporate Aircraft Association (www.corpaa.us) offers its members heavily discounted fuel prices—we were told as much as $3 per gallon, however, membership is $500 per year. One pilot told us he recouped the fee with his first fill up.

The Epic Card (www.epicaviationllc.com) does not disclose how many FBOs it has contracted with for discounts but says it operates internationally.

Now that you have your stack of fuel cards, how do you assure you get the best deal? We received estimates of 10 to 20 minutes of time spent by pilots logging on to their card web- sites to get pricing information and making a decision as to where to buy fuel for each flight. For those who do have more than one fuel card, we recommend the free service offered to ForeFlight subscribers—JetFuelX—designed to manage fuel cards.

When you sign up for JetFuelX you provide the website with the fuel cards you use Once that’s done you simply type in your destination and JetFuelX tells you which FBO at that airport and five nearby airports, has the best fuel deal for you based on the card discounts you have. The application is optimized for computer, tablet or smartphone.

In the world of buying jet fuel, the reality of powerful jet fuel discounters means that an individual who doesn’t carry a pocketful of fuel cards is going to pay the inflated retail prices. Juggling the cards can be time-consuming, however, our survey indicates the cards and time spent are worth it. We do recommend, that if you are a ForeFlight user, you use JetFuelX to help you apply the cards most effectively. 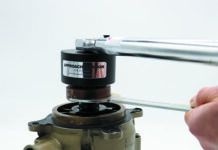