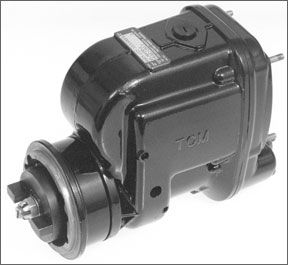 Some inventions seem to be naturally bad ideas but work anyway, while others are bad ideas that dont actually work that well. In-tank electric fuel pumps are an example of the first, the Bendix dual mag as a poster child for the second. But not for much longer.

ontinental announced that its discontinuing manufacture of the D2000 and D3000 Bendix magnetos. No details were offered nor provided by follow-up query, but we can connect the dots. D-mags arent used on any Continental engines, just Lycomings. Litigationally speaking, theyve lived a rough life so Continental must have figured why have the legal exposure just to supply a competitor with a few mags. Even a Goldman Sachs executive could figure that one out.

TCMs bail from the market has left shops scrambling to find replacements, but were not sensing any panic. Yet. No one seems to know exactly how many engines have D-mags, but 20,000 is a realistic estimate. Any Lycoming engine with D as the last letter of its suffix-IO-360A3B6D, IO-540-K1G5D, for instance-have the D-mag.

The good news is that even though the D-mag is exiting, a company in Texas is feverishly developing what could be its replacement-a fully electronic mag that would be a bolt-up replacement.

The basic idea of having two mags is that if one tanks, the other will still run the engine, since each mag fires only one

plug in each cylinder. Why Bendix thought it would be a good idea to combine both mags into a single housing driven by a common shaft is lost to the sands of time. We dont think Lycoming requested it.

Either way, mechanics tend to hate the things. “Who needs it anyway?” said John Schwaner of Sacramento Air Ranch, when we asked him about how the shop will service D-mags. Although the idea of two mags on a single shaft seems awful, the actual field history of the mags could best be described as “not as bad as you might think.”

Our sweeps of accident reports occasionally unearth accidents in which a D-mag is involved or implicated, but were not aware of any credible statistical evidence that shows they have a higher failure rate than discrete magnetos.

There have been reports of the D-mag loosening or actually falling off the engine, with obvious results. As a result, the FAA issued a special airworthiness information bulletin noting that most of the problems have occurred in the Mooney J-model and Cessna Cardinal 177RG, both of which have the D-mag on the 200-HP Lycoming IO-360.

The SAIB warns mechanics to check the torque of the single nut holding the mag in place and to also use new nuts and washers during maintenance. It also cautions to check for the correct oil gasket replacement, because the gasket can compress and cause the mag to loosen in flight.

With the D-mag out of manufacture, shops are scrambling to acquire a supply until someone either picks up the line or PMAs enough parts to build entire mags. The mag housing remains problematical-no one has a PMA for that, yet.

“We bought as many as we could get our hands on until they pulled the plug. Weve got enough parts to get through until somebody steps up to build the parts,” says Penn Yan Aeros Bill Middlebrook. For now, any D-mag-equipped engines that come in for overhaul can go out with new or overhauled mags. Further, says Middlebrook, theres an STC to convert the O-320-H2AD in the Cessna 172 to a dual-mag engine.

Lycoming still manufactures new engines requiring D-mags, but the volume is low. “Were talking maybe under a dozen

engines a year,” says Lycomings Scott Miller. For the time being, Lycoming has sufficient supplies. But at some point, it will need to PMA the mags inhouse-unlikely, we think-or find a supplier who will.

Thats likely to be Kelly Aerospace or Aero Accessories. Kelly has picked up many defunct or limited production lines and Aero Accessories is already the leading supplier of parts for D-mag overhauls. But it doesnt make all the parts, such as the distributor block, the housing and the coils. Aero Accessories Kim Claar told us the company had a surge in business just after TCMs announcement and is considering expanding its line of overhaul parts.

Meanwhile, a modest little company in Texas is busy building what could become the ultimate replacement for the D-mag. E-Mag Ignitions has had great success selling an electronic magneto to the experimental market and has now turned its efforts to four- and six-cylinder versions that will be bolt-up replacements for the D-mag.

E-Mags previous models-the 113 and 114-are clever hybrids using a tiny internal alternator to provide voltage to coils whose fields are broken by electronic means rather than mechanical points. Unlike other electronic ignitions, they dont require electrical back-up, although they can use external power in tandem with the internal alternator to provide the low voltage.

The follow-on version-the 200 series-uses the next generation of this technology, according to E-Mags Brad Dement. While the earlier version had coils on the back of the mag, the 200 series houses everything inside a cylindrical case thats smaller and 6 pounds lighter than the D-mag. The 200 has a single moving part: a shaft with a gear on it that drives

the alternator and gives the mag information about crank position for timing. And it doesnt use coils for the high voltage.

The mags use look-up tables-combinations of manifold pressure and RPM-to vary timing anywhere between 20 and 39 degrees BTDC. This can be customized to each engine via either a simple wire shunt or with a computer through a serial port. E-mag expects to have the dual mags available later this year for the experimental market, but it plans an ambitious cert program, too, for Dement says the company sees a significant opportunity. Timing?

“I stand on my record that whatever I tell you cant be trusted,” Dement jokes, but E-Mag is hoping for a two-year time frame to certification.

In the experimental market, E-Mags have been impressively competitive pricewise with conventional magnetos. Although a certified mag would probably have to cost more to offset the considerable certification costs, we have no reason to believe it wont be competitive.

Meanwhile, if you have a D-mag engine, you shouldnt encounter any overhaul hang-ups for now. But a year from now? No promises.