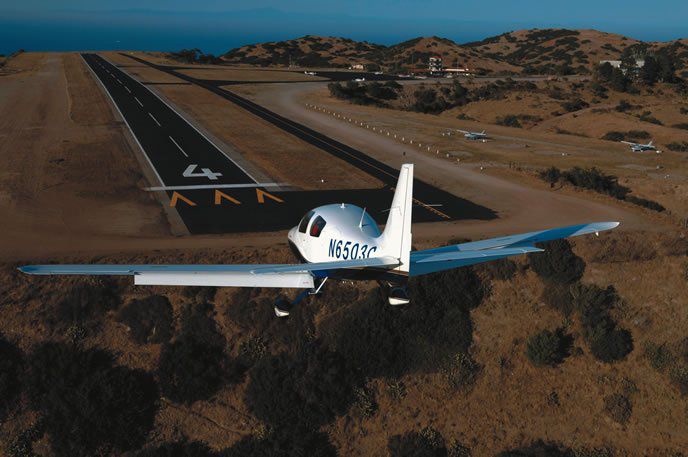 As we would expect from an airplane as slippery as a Columbia, runway mishaps and botched go-arounds are the most popular way for its pilots to make it into the NTSB wreck reports. The good news? The reports aren’t littered with Columbia augers. On the other hand, the FAA registry lists less than 700 in service, and that includes the Columbia and Cessna 400 models.

Still, our sweep of Columbia and Cessna 300/350 wrecks dating back to 2003 uncovered only eight NTSB report-making events. Two of them involved fatalities.

While there simply aren’t a lot of 300/350 accidents, the ones that did crash didn’t do so from engine or airframe-related failures. One Columbia’s airframe failed after its pilot landed so hard the fuselage main composite structure partially separated in a downward direction, while also damaging the landing gear attachment structure. This, of course, isn’t the fault of the aircraft. The NTSB’s final conclusion was that the pilot misjudged the airspeed during the approach and an improper flare, resulting in a fast and hard landing (hard being the operative word).

There were a couple of Columbia pilots that allowed the airplane to get a bit too squirrely on the landing rollout, did the right thing by initiating a go-around, but lost control in the process—hitting terrain and objects off the runway.

The ugliest landing-gone-bad occurred when a Columbia pilot was attempting to land on a 2800-foot long (and 50-foot wide) mountain-top runway. The NTSB said the airplane approached the runway high and fast, touched down within the first third of it and bounced 20 feet above the surface—and continued to bounce down the runway for another 300 feet—in a 30 degrees nose-up attitude while the speed brakes were deployed. As the airplane headed toward an embankment off the left side of the runway, it rolled right and the right wing tip scraped the runway. After traveling up the embankment, the airplane turned back toward the runway, crossed it and struck four parked airplanes. A post-impact fire consumed the accident airplane and two of the four parked airplanes. Three onboard the aircraft were killed.

Another fatal crash was the result of a Columbia pilot continuing VFR into IMC, including heavy fog. It wasn’t aloft more than 30 minutes before spiraling at high speed into a lake. The NTSB pinned this crash as a classic spatial disorientation and subsequent loss of control.

Bottom line: While we couldn’t find any evidence that the 300/350 is unsafe, it’s clear that the speedy, high-horsepower composite demands precise speed control while in the runway environment.